AT THE HEART OF THE REMARKABLE APOLLO SPACE PROGRAM WAS THE TEAM WHO WORKED IN MISSION CONTROL.
They were born against a backdrop of economic turmoil and global conflict. Some came from a rural lifestyle unchanged since the 19th century, while others grew up in a gritty, blue-collar America of mines and smoke stacks. They ranged from students straight out of college, to soldiers toughened by military service. Yet, from such ordinary beginnings, an extraordinary team was born. They set out on what JFK called “the most hazardous, dangerous, and greatest adventure upon which mankind has ever embarked.”

Through the team’s testimony and the supporting voices of Apollo astronauts and modern NASA flight directors, “MISSION CONTROL” explores their journey from the faltering start of the program to the Mercury and Gemini missions, and then the tragedy of the Apollo 1 fire and the glories of the Moon landings. 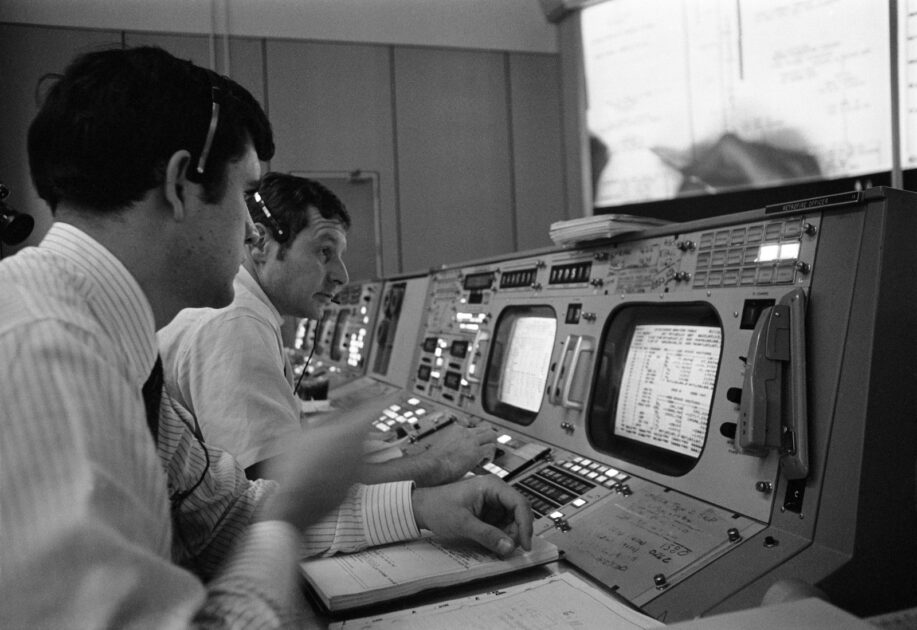